Not Dogs are Quality!

Lots of lovely Not Dog eaters commented on how they could really taste the quality of Not Dogs' ingredients at BBC Radio 1's Big Weekend which prompted us to write a blog post on why we use the products we do.

First up, Quorn! In a recent blog post we spoke about why we love using Quorn, not only in terms of taste but for environmental reasons too. Quorn is the perfect meat alternative for both vegetarians and meat-eaters who are looking for a healthy, substantial meal that makes them feel great. Plus, it's pretty addictive too - Not Dogs just have something about them that makes people (and us!) return for more! 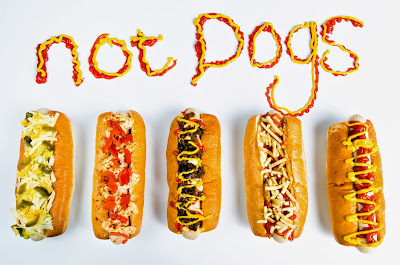 The all-important sauces! We knew the Plain Jane Not Dog had to taste amazing despite being such a simple combination and as lovers ourselves of Heinz Ketchup and French's Mustard - we knew we couldn't use anything else! The premium quality of both these products come through to make our classic Not Dog taste just as good as the rest! At the Big Weekend, we were very pleased when new customers came back for more because they had never tried French's Mustard before having a Not Dog - we turned them into French's fans! 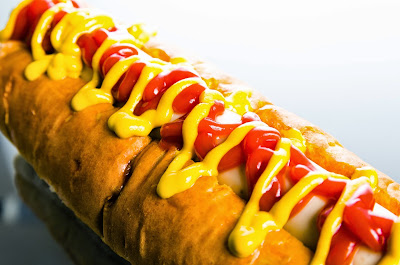 Our homemade recipes... We prepare our own-recipe Beer-Fried Onions and Chilli-Con-Carne from recipes we love. Our Crew Member Will spent many an-hour testing new ingredients to add to our vegetarian chilli which contains a whole host of delicious spices, vegetables and beans which are slow-cooked to give it the intense flavour our Cha-Cha Chilli Dog has. Again, we only use high-quality ingredients which is why the beer we use is always Erdinger which gives our onions a fantastic, tasty tang!

We love adding new Not Dogs to our range so if you have any ideas, please get in touch via social media with us!

Email ThisBlogThis!Share to TwitterShare to FacebookShare to Pinterest
Labels: About Not Dogs

Before each festival in our Summer Tour Line-Up we're going to give lucky festival-goers the chance to win free Not Dogs for life! Yes... for life! 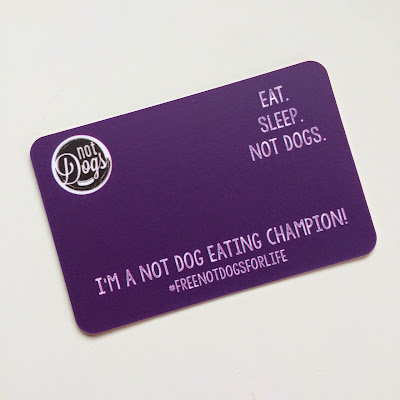 There are two chances to win - one for our Instagram followers and one for our Twitter followers. To enter...

The competition closes at 6pm on Friday 22nd May 2015 and after that time we'll announce the lucky winners who can come and collect their exclusive Not Dogs for Life card at BBC Radio 1's Big Weekend!

There will be a chance to win before every festival this Summer so keep checking back across our social channels! Good luck!

Summer 2015 Not Dogs For Life Competition Terms & Conditions
The Not Dogs For Life Competition is open to all UK and Ireland residents. To apply you must be aged 16 and over.
No purchase necessary. Simply enter the competition in accordance with instructions on the Not Dogs Twitter & Instagram accounts:
https://twitter.com/notdogsUK
http://instagram.com/notdogsuk
The Norwich competition will run from Monday 18 May 2015 until 18.00 on Friday 22 May 2015.
Only correct entries completed on Twitter and Instagram will be valid. Any application containing incorrect or incomplete information will be invalid and will not be considered.
1 x winner from Instagram and 1 x winner from Twitter will be selected at random from all valid entries and will be announced on Friday 22 May 2015.
The decision is final and no correspondence will be entered into. Winners will be required to collect their Not Dogs for Life card from the Not Dogs food truck at BBC Radio 1's Big Weekend, Norwich. If this isn't possible, the cards will be sent out in the post (provided the winners have given correct postal addresses) in June 2015.
Voucher
Voucher must be used in conjunction with valid form of ID to claim a free Not Dog. The voucher will not be accepted if used by anyone other than the winner. The winner may claim one free Not Dog per day from Friday 22 May 2015 and for the rest of his/her life when claimed with a valid form of ID and approved by Not Dogs.
Free Not Dogs must be claimed by the winner in person at an event attended by Not Dogs, and cannot be used online or by phone order.
1 x Free Not Dogs for Life voucher will be sent by 30 June 2015 to each winner providing winners have sent their postal addresses to the team by 20 June 2015.
By entering the competition you grant permission for Not Dogs to use any photographs and/or videos submitted of you in print and/or online, this includes for any marketing activities after the competition has ended and in future activity.
Not Dogs reserves the right to publicise the name for each of the winners.
In the event of any prize not being available for whatever reason, Not Dogs may offer an alternative prize of equal or greater value and quality.
Any prizes unclaimed after reasonable efforts from Not Dogs to contact the winner will be distributed at the company’s discretion. Not Dogs does not accept any responsibility for late or lost entries due to online issues and Not Dogs is not liable for lost prizes.
Not Dogs reserves the right to cancel the promotion at any stage, if deemed necessary in their opinion, and if circumstances arise outside of their control.
Not Dogs reserves the right to withdraw any winner through a fraudulent claim. Upon there being no entries, there will be no winner.
Your personal data will be treated in confidence and will not be disclosed to any third party for marketing purpose unless agreed.

Email ThisBlogThis!Share to TwitterShare to FacebookShare to Pinterest
Labels: Not Dogs for Life

Collecting a good #SausageSelfie is one of our favourite things to do at Not Dogs and we've been able to take some great ones during our time at the pop-up in London Bridge! Here are a few of our favourites... 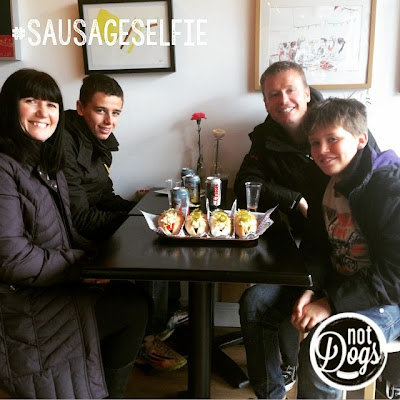 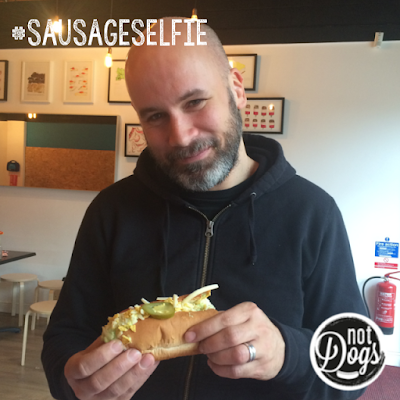 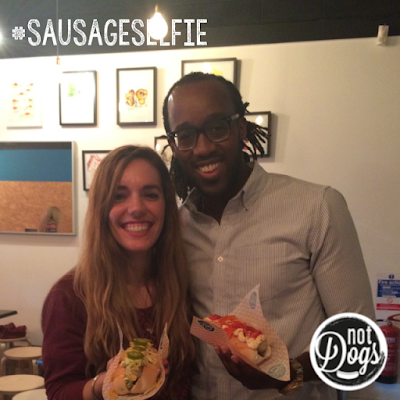 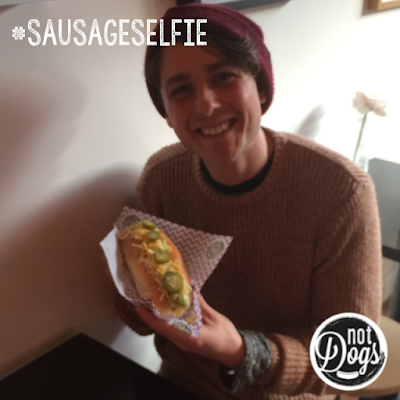 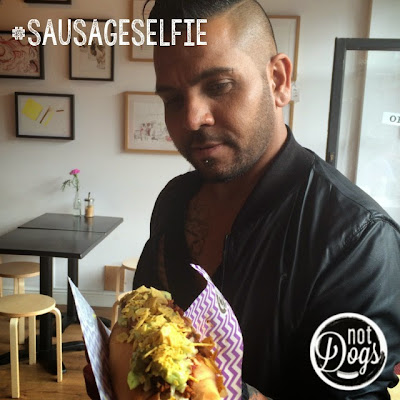 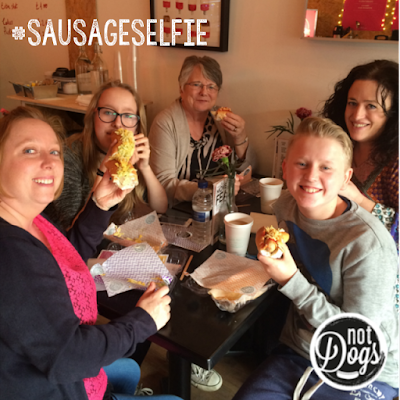 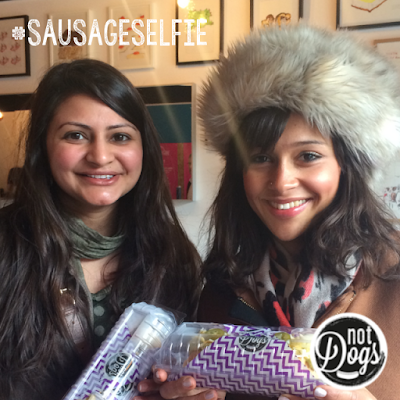 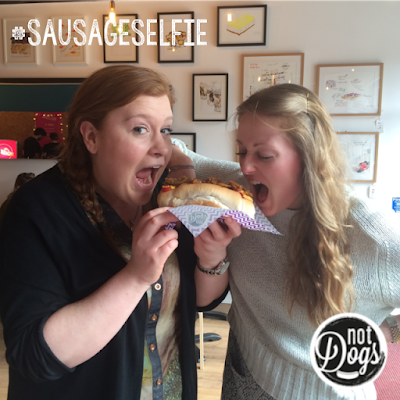 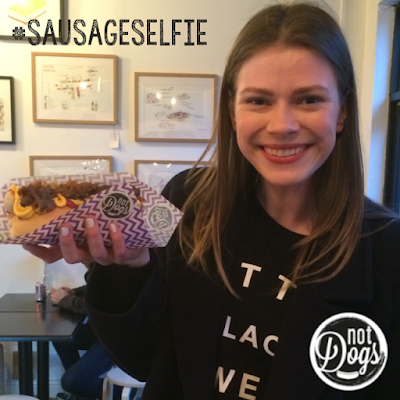 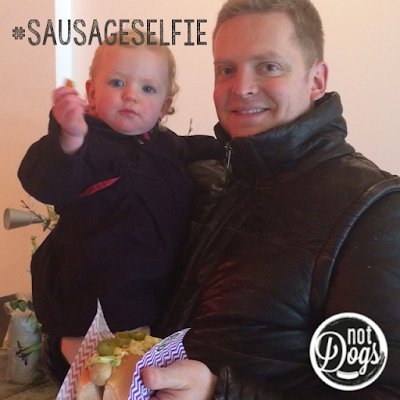 We're shortly embarking on our second Not Dogs Summer Tour which we are very, very excited about! We love travelling around the UK in our little purple zig-zagged food truck getting out to as many places as possible to share the Not Dogs love as far as we can! 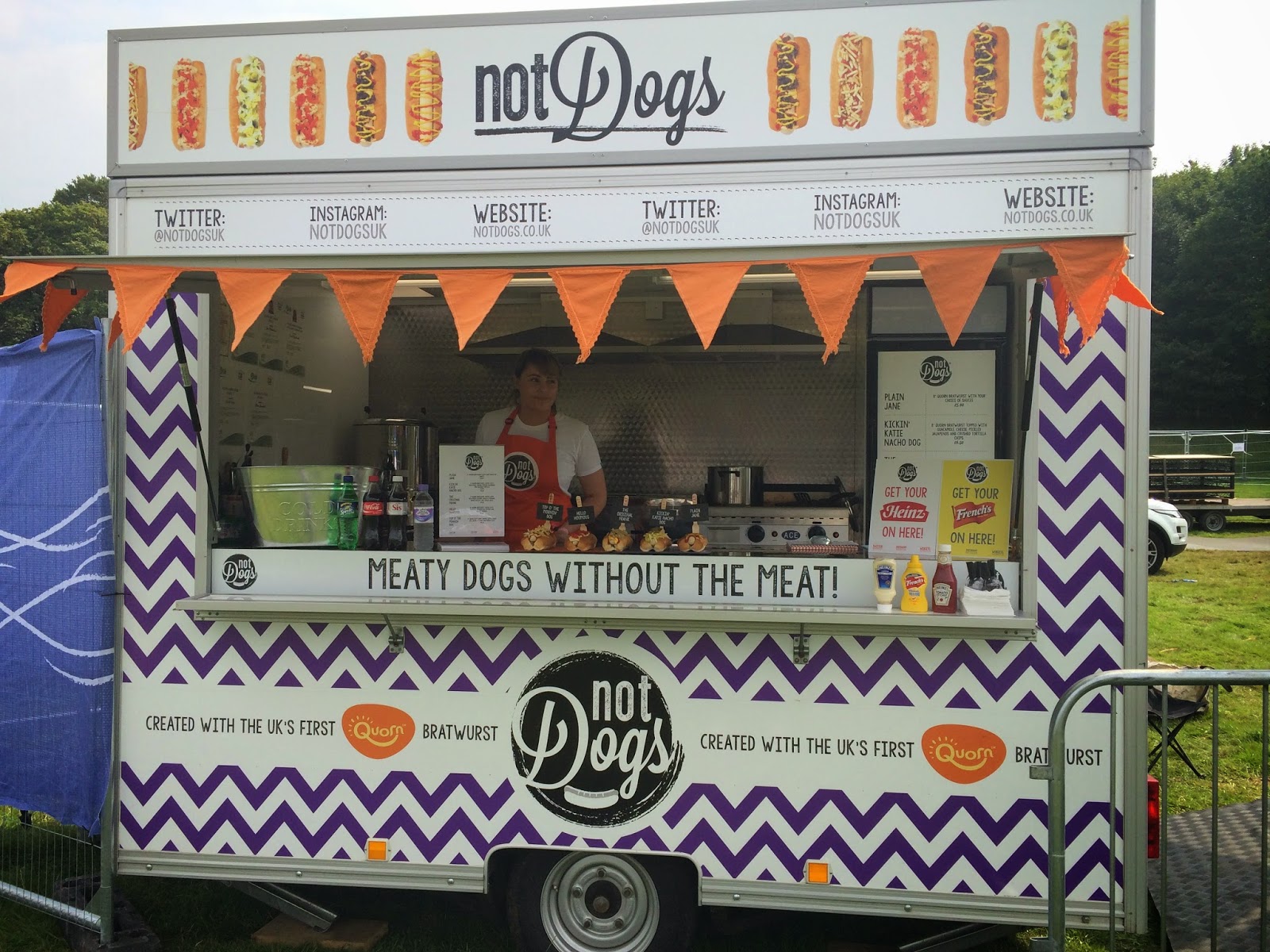 This year will be slightly different as we'll have some great Crew Members on board with us (if you fancy coming to the festivals and becoming a Not Dogs Crew Member get in touch via smile@katieandjane.com) plus we've designed a new menu with more Not Dogs additions! 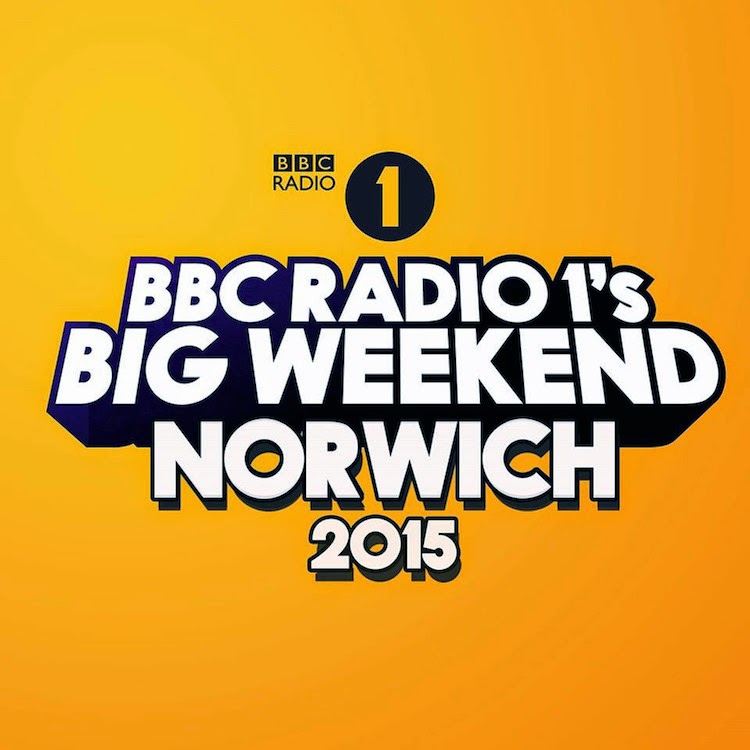 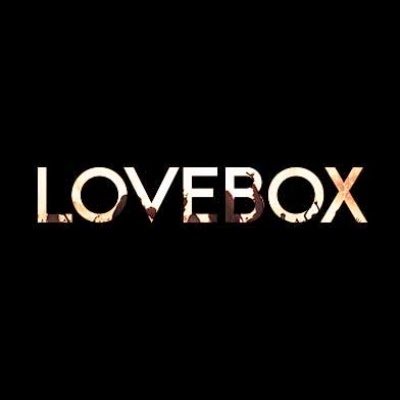 BBC Proms in the Park - 12-13 September, London
Britain's largest classical music event, the outdoor concert in Hyde Park has become a highlight of the BBC Proms calendar as Hyde Park links up with the Royal Albert Hall for a Last Night finale hosted by Sir Terry Wogan featuring a host of musical stars.

There will be a few more added so stay up-to-date on our website: http://www.notdogs.co.uk/#!where/c1dbb

See you in a sunny field soon!